3 Tips For Your Next Air Hockey Battle 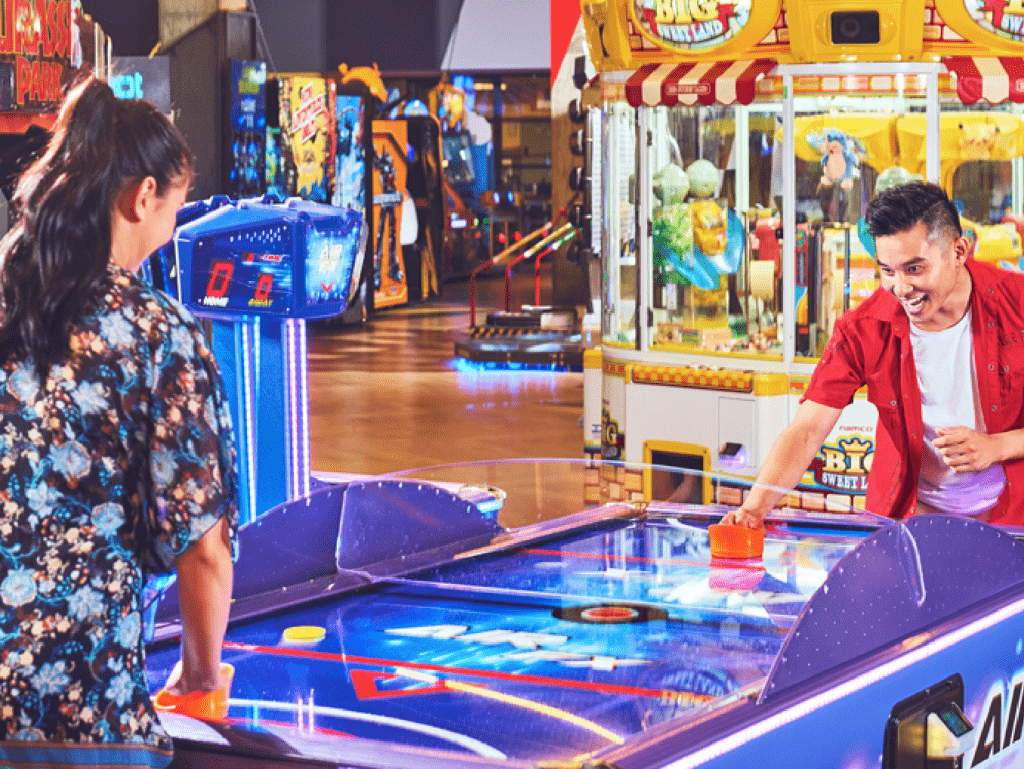 Did you know that there is a world championship for air hockey? Yes, believe or not, there are people around the world that play this arcade game seriously and compete to be the best on the planet. While you might not be out for a world title when you come down to Timezone on a Sunday afternoon, this doesn't mean you can't improve your skills on the air hockey table. If you fancy showing off next time you're at Timezone, take a look at our top tips for air hockey dominance!

Air hockey is one of those games where power is king. The harder you strike the puck, the less time your opponent has to block or defect it away from their goal. Ultimately, this comes down to how hard you hit the puck in the first place. According to the experts, you should actually avoid swiping sideways for the rebound goal and instead concentrate on hitting hard and straight. This improves your aim and ensures your mallet is in the right defensive position to deal with the possible return.

When your opponent is shooting at your goal, where do you place your mallet? As close to the goal as possible? Well, no, if you want to prevent that winning ninth goal from going in! When defending, it's important to be around 6 to 12 inches ahead of the goal itself to narrow down the angle that your opponent has to shoot. If they can see less of your goal, hopefully they can't score. Being so close to the goal with your mallet also increases the chances of a ricochet off you into the slot. This is the most unfortunate goal to concede so make sure it doesn't happen to you.

3. Have a bank shot as your secret weapon

Although a previous point noted the value of power, there is still some merit in the classic bank shot of the side of the table. If you're keen to deceive your opponent through this method, make sure the puck is only hitting the side once as it reduces the speed of the strike. Also, take the seven seconds that you can hold the puck at your end to line up the shot properly and use the angles to full advantage. Air hockey might be fun, but with these tricks and tips, you can ensure you're also the Timezone MVP!

How not to be a sore loser