Get your Halloween fright on with these spooky arcade games! 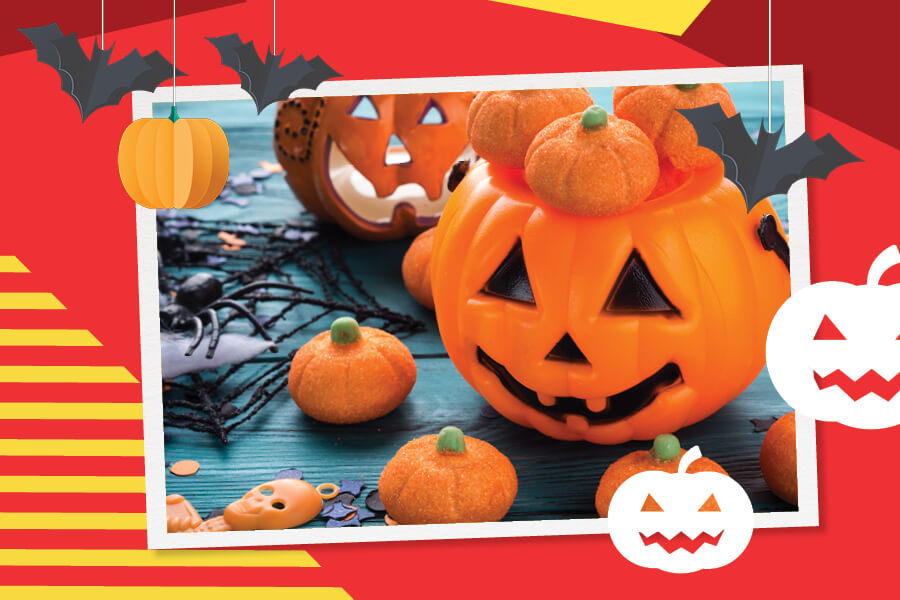 A ghostie, a ghoul, a zombie (its drool...): it’s Halloween at Timezone, so... BWUHAHAHAHA!
By the way, that’s an evil laugh, guys. Does it shiver your timbers? No...? Well, these five scary arcade games you can play at Timezone should do the trick!

Zombies truly are the gift that keeps on giving. The iconic bunch of shufflers that make up The Walking Dead started as a cult comic book (created by Robert Kirkman and Tony Moore), became a grim-yet-excellent TV series (which we kept on watching even when we got paranoid and started preparing Zombie Survival kits and our Significant Other began looking at us funny), and then ended up as the ultimate arcade video game to play on Halloween, thanks to the guys at Raw Thrills. You’ll only have a crossbow controller and your wits to halt the undead and save the innocent. Easy? Nah. The interior lighting and bone-shaking Thrill-D sound system keeps you on the edge of your seat, and one false move earns you a mouthful of gross, bloody teeth right in your face. Someone hand me my survival kit.

Dark Escape’s basic premise is familiar: you’re trying to escape from a madman’s twisted game by shooting your way out with weapons the creep provides. You get to choose from four fear-themed stages, and can unlock a bonus fifth stage after completing the other four. But here’s the thing: the game knows when you’re scared. Panic sensors display each player’s heart rate on the screen, and records every panicky twitch. And you don’t just see the experimental creatures and the undead coming at you in 3D: you feel them BREATHING ON YOUR NECK because of built-in air blowers in the game cabinet. All together now: oh, HELL no! Add heavy recoil guns, 5.1 channel surround sound speakers and a rumble seat and that’s a big nope from this wuss.

House of the Dead: Scarlet Dawn

There are many rules to live by when it comes to surviving horror movies, but we always follow these three:

Case in point: the horror-themed light gun shooter that is House of the Dead: Scarlet Dawn. Our protagonists, Kate Green and Ryan Taylor (brother of James, for fans of the previous games), find themselves at a dodgy dinner party (think uninvited giant mutant creatures and a squid-like creature called the “Priestess”) in Scarecrow House because they just can’t leave well enough alone, can they? Once again, they have to survive the horrors of the house and take on the evil mastermind behind it all, just so that they can make it to daybreak. A deadly iron rod makes an appearance.

Now we’re talking! We do love us some dodgy dead pirates on an adventure to reclaim forbidden treasure. In this case, something called “Poseidon’s Breath”. We keep hoping Johnny Depp might jump out at us. This “theatre cabinet”-style game immerses you in the pirates’ story: basically, you’re one of them, using both the recoiling gun and mounted steering wheel to shoot enemies and navigate through treacherous water. There are four selectable stages, each a new adventure. Bonus: Deadstorm Pirates is a great Halloween game to play with your kids, since it doesn’t ramp up the jump scares TOO much. (You can totally use that excuse to avoid playing Hologate Zombyte: just say your kids are scared. We won’t tell anyone the truth...)

And now for a game so spine-chilling, so creepy, and so downright terrifying we have to keep moving it between Timezones to give our guests’ nerves a rest! Seriously, though: Zombyte might be only one of many challenges on the immersive Hologate VR experience, but it’s one that’s caused us to go looking for our skin too many times to mention. (On account of jumping out of it, of course.) Don the futuristic-looking gear, slide your helmet on and hold on to your gun: you’re part of a Z.W.A.T. – a Zombie Weapons and Tactics team that will be engaging a slavering hoard of weirdly futuristic zombies in a decrepit industrial warehouse. All coming at you in 3D, of course. You’re right in the thick of the action, trying to gun them down and keep your pants clean and your brain intact, too, because the action is pretty realistic: real locations were digitised using the latest laser scanning and photogrammetry technology to create a setting so realistic you’ll struggle to keep your heart-rate down. But luckily, Hologate allows multiplayer AND player vs player options. What more do you want from a scary Halloween game than an immersive experience that gets your BFF to scream louder than you do?

Well, duh - Inky, Blinky, Pinky and Clyde are only the world’s most iconic ghosts, causing headaches for pie-shaped protagonists since the year dot. They might not be terribly scary – but have you ever been earwormed by the relentless waggawaggawagga sound of the game and the spiraling teewhooeeehoooohwoooooouuuuhhh after Pac-Man gets pwned? Especially when it’s the ringtone of a co-worker’s phone? Yeah, that’s the stuff of nightmares.

Ever been on a first date and got pressured to catch a plushie? Yeah. That.

Challenge Your Friends To Laser Tag