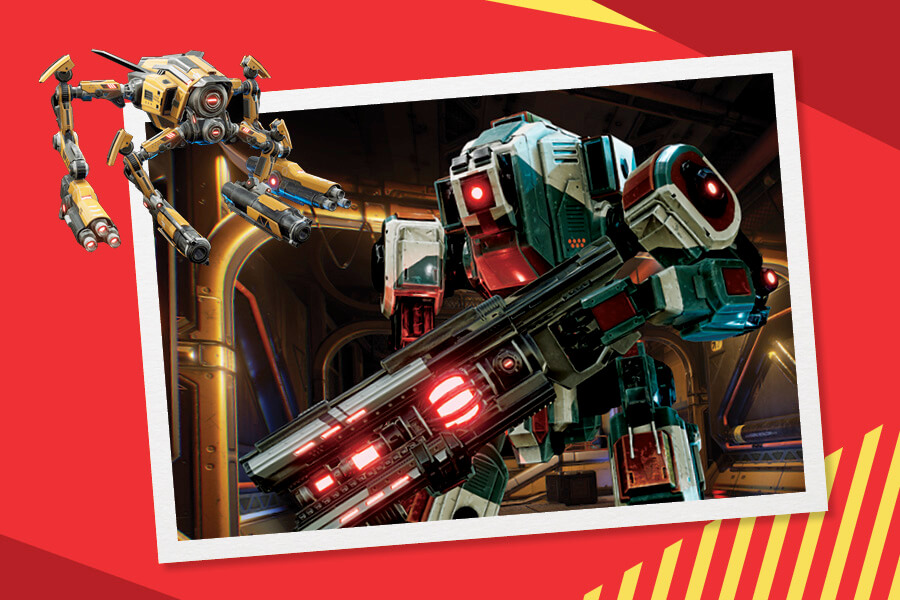 The Enemies Might Be Virtual… But The Battle Is Real.

The next big thing in Virtual Reality has landed! Whichever game you choose the Arcadia VR Arena will transport you to a new world. Teleport into a sci-fi arena, fight to become a pirate king, ride a hoverboard or travel the galaxy – it’s your choice!

Find out which of your mates you can trust in combat in the multiplayer gaming, band together in the cooperative play, or go man vs machine in one of the single-player options.

But be careful. Once you put on the VR headset, anything can happen.

It’s reality, but not as you know it.

Travel the galaxy in Attek

Welcome to Attek Elite Squadron soldier! You and your team will travel the galaxy in search of Mechrun’s Cyborg Colonies. Infiltrate the enemy bases and destroy all hostile forces. Gear up for war!

Attek is a 2-6 players, sci-fi themed, co-op shooter. Users must work together to defeat a huge army of robots. They can move around the enemy base by using teleportation platforms. It’s a very fast-paced, all you can shoot game, that ends with a grand boss battle.

The Pirate Council has assembled to choose the next King. Fearsome corsairs, bandits and adventurers have gathered to fight for the title. Join the battle, defeat all other challengers, and claim the crown for yourself. Become the next Pirate King!

Sea Bandits is a 2-6 players, pirate-themed, player vs. player shooter. Users have to compete against each other for the highest score. It’s a dynamic and engaging game, highly competitive and extremely entertaining.

Teleport to a sci-fi arena in Raverz

The Rave Arena awaits! Get ready for a wicked fight. Speed and strategy are essential, plan ahead, move fast and shoot even faster. You have to teleport often, get power-ups and obliterate your opponents. Let the battle begin!

Raverz is a 2-6 players, sci-fi themed, player vs. player shooter. Users have to move around the battle arena using teleportation platforms, find power-ups and compete for the highest score. The game delivers a highly competitive experience by combining fast-paced action with combat strategy.

Fly on Hoverboards in WingRUN

WingRun is a 2-6 players, sci-fi themed, player vs player racer. While flying on hoverboards, players compete against each other for the highest score by sprinting on different race tracks. It’s a very exciting and competitive VR experience for the whole family to enjoy.

Ready to step into the ring? The Arcadia VR Arena is available at Timezone Surfers Paradise from Tuesday 24 March 2020.