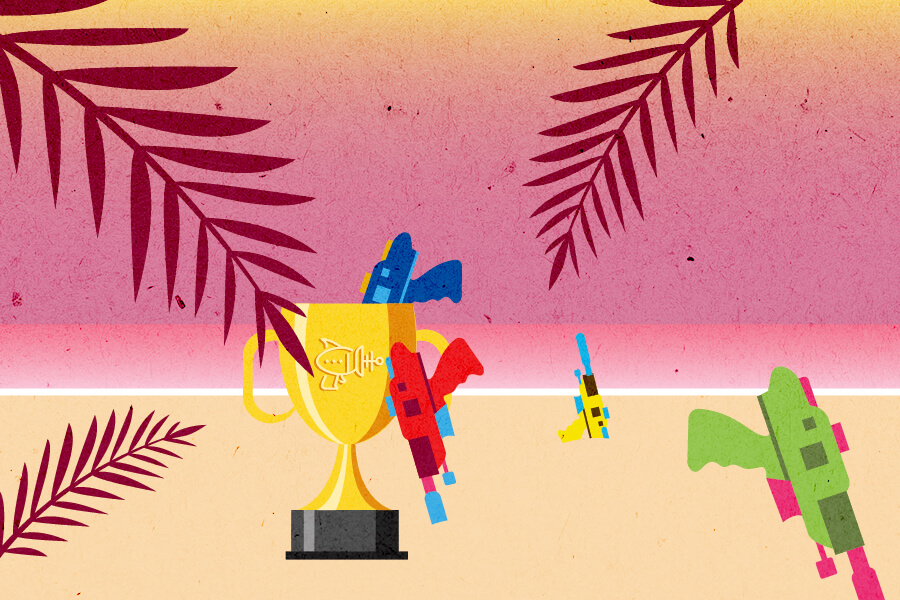 It’s a really bad idea to rock up to Laser Tag wearing high heels, slippery sandals or any kind of fussy footwear: you’re going to be ducking and dodging lasers, and the last thing you need is to trip over your own feet while doing so. Choose comfortable shoes such as sneakers or flat boots. Also, wear dark-coloured and non-reflective clothing while playing laser tag: light colours will just make you stand out, turning you into an easy target. Yes, it’s finally time to recycle your mum’s 90’s camo jumpsuit!

Things can get pretty intense in a laser tag arena, which means you’re probably going to sweat. Make sure you drink water before going into the arena. No food or drinks in the arena, folks. If you tend to sweat a lot, top up your deodorant before going in: your fellow players will thank you! One tip: in the beginning, the arena can be quite chilly. Don’t worry though, it will warm up once you’re playing.

If you’re more of a lover, not a fighter, you might prefer to approach your laser tag game defensively. Try these tips:

Adrenaline giving you the guts to jump in feet first? Here are some offensive techniques to use while playing laser tag.

Make the most of downtime

If you’re not the fittest, don’t worry – just identify a safe spot in the laser tag arena’s layout once you’re inside, where you can catch your breath without getting shot while doing so. And remember that when you get hit, you usually have a cooldown time of about 10 seconds where your suit and gun is disabled. Make the most of this time to catch your breath, and find a better position for yourself. You can also follow the person who just disabled you and hit back at them as soon as you power up: a dark suit will make this easier.

Remember: playing laser tag is about having fun. It is not about taking revenge, proving a point, stroking your own ego or putting down someone else. By all means, claim the high score and the bragging rights: but don’t be mean while doing it. And if you didn’t quite survive your first laser tag experience, try and try again. It’s the only way to become a real pro at laser tag. Happy tagging!